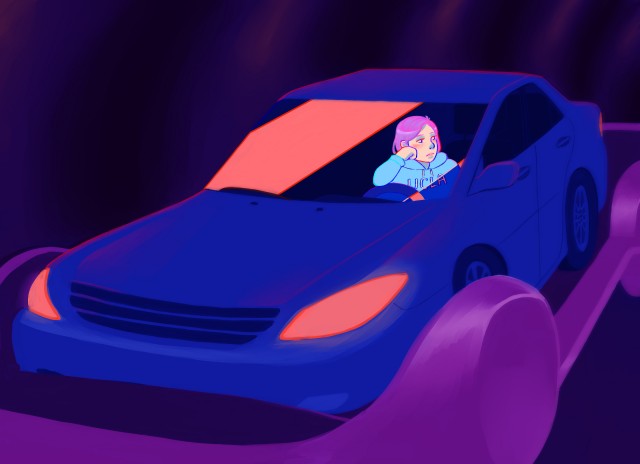 From The Daily Bruin

A proposed underground transportation system may give students a new way to get around Los Angeles.

The Boring Company, founded by Elon Musk, the entrepreneur behind Tesla and SpaceX, is planning to build a tunnel system to transport cars and passengers on electric skates at speeds of up to 150 miles per hour. The company filed for a permit with the city in November to extend the tunnel project, which began in Hawthorne, California, into LA.

The Boring Company began constructing the tunnels after the Hawthorne City Council approved the project in August.

The tunnel would use elevators on the street level to lower cars onto electric skates, while a separate public transportation option called Loop would allow pedestrians in the city to travel in pods on the same skates the cars would use.

“This will be a viable transportation option for college students – affordable and accessible to UCLA and other universities,” a Boring Company spokesperson said.

Musk said in a 2017 TED conference that he hopes the system will relieve traffic throughout LA. He added it would take only six minutes, rather than an hour, to get from Westwood to LAX once the system is fully installed.

However, Michael Manville, an assistant professor of urban planning at UCLA, said he thinks the tunnel system will not resolve LA’s traffic problem because more cars would just replace any cars that stop using the freeway and go underground. He said drivers are more encouraged to use their cars if they believe there are fewer drivers on the road.

“Elon Musk’s tunnel system may be a new option for transportation in Los Angeles, but it wouldn’t necessarily solve traffic,” Manville said.

Manville said he thinks alternative transportation options like trains or new freeway lanes will only encourage more drivers to take the freeway, since they will perceive a decrease in traffic. He added he thinks a toll system would be the best way to get cars off the road, because it discourages people from driving.

The Boring Company spokesman said the company could add an unlimited number of lanes underground to alleviate traffic, however.

Manville added the Boring Company could face legal threats or regulatory issues from city leaders if the company tries to construct the tunnel in locations without community support. For example, subway construction in Westwood was delayed in 2010 when Beverly Hills opposed the additional line and sued Los Angeles County Metropolitan Transportation Authority.

According to the Boring Company’s website, the company is concerned about the high cost of constructing the tunnels, which can exceed $1 billion per mile. However, the company plans to mitigate costs by researching new drilling techniques and using electricity instead of diesel to fuel the drill.

Some students said they think the Boring Company’s tunnel system has potential to be successful, but were unsure whether it could successfully reduce traffic in LA.

Harish Nanduri, a first-year electrical engineering student, said he was skeptical about whether the project would actually resolve traffic issues in LA, but would be willing to use the tunnel if it was the fastest way around the city.

“(The project) is innovative, but traffic can’t be solved by increasing road size,” he said.

Bryan De Leon, a first-year biology student who commutes to UCLA every day, said he was concerned about the potential fuel costs and environmental hazards associated with the project.

De Leon said he would consider using the tunnels, but would wait for more individuals to use the system before using it himself because he does not want to put his car into the tunnels without making sure they are safe.