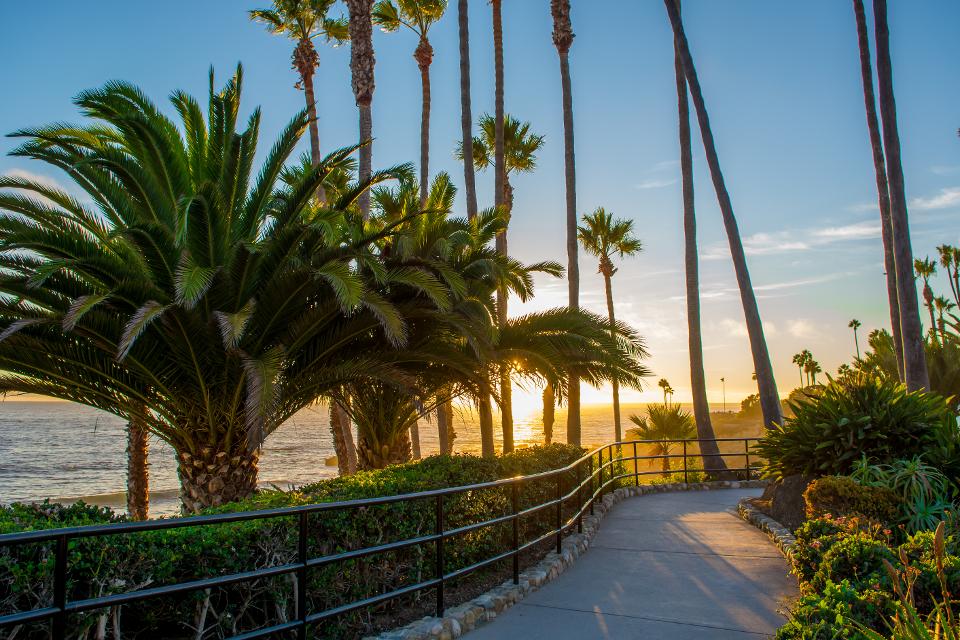 The City of Angels beat out London as the new hot spot for global real estate investors in the third annual Schroders Global Cities 30 Index, released on June 26.  Schroders is a London-based investment bank.

For a city known more as a one-trick pony producing movie magic, Los Angeles is home to the well-respected colleges UCLA, USC and Pepperdine and start up tech companies are claiming their spot on the A-list. Snapchat, Pandora, eHarmony, Dollar Shave Club and Boingo Wireless are just some of the big names in tech that call LA and its beach ‘burbs their home. This means there is more to LA than acting and writing screen plays. That’s not only attracting some refugees from costly Marin County up in northern California, but it is also attracting Chinese capital. China is building real estate and moving in to LA at a faster pace than they are in Miami and New York.

“The scale and economic depth of LA makes it a compelling location to work and live. One of its key economic strengths is that it doesn’t have to rely on only one industry,” says Tom Walker, co-head of global real estate at Schroders. “The technology sector, in particular, has grown substantially over the past few years, and this has not only boosted demand for office space but also for residential property, much of it due to the increased hiring of Millennials,” he says about America’s largest generation since the Baby Boomers.

American cities dominate the index, taking 18 of the top 30 places, including four of the top five. 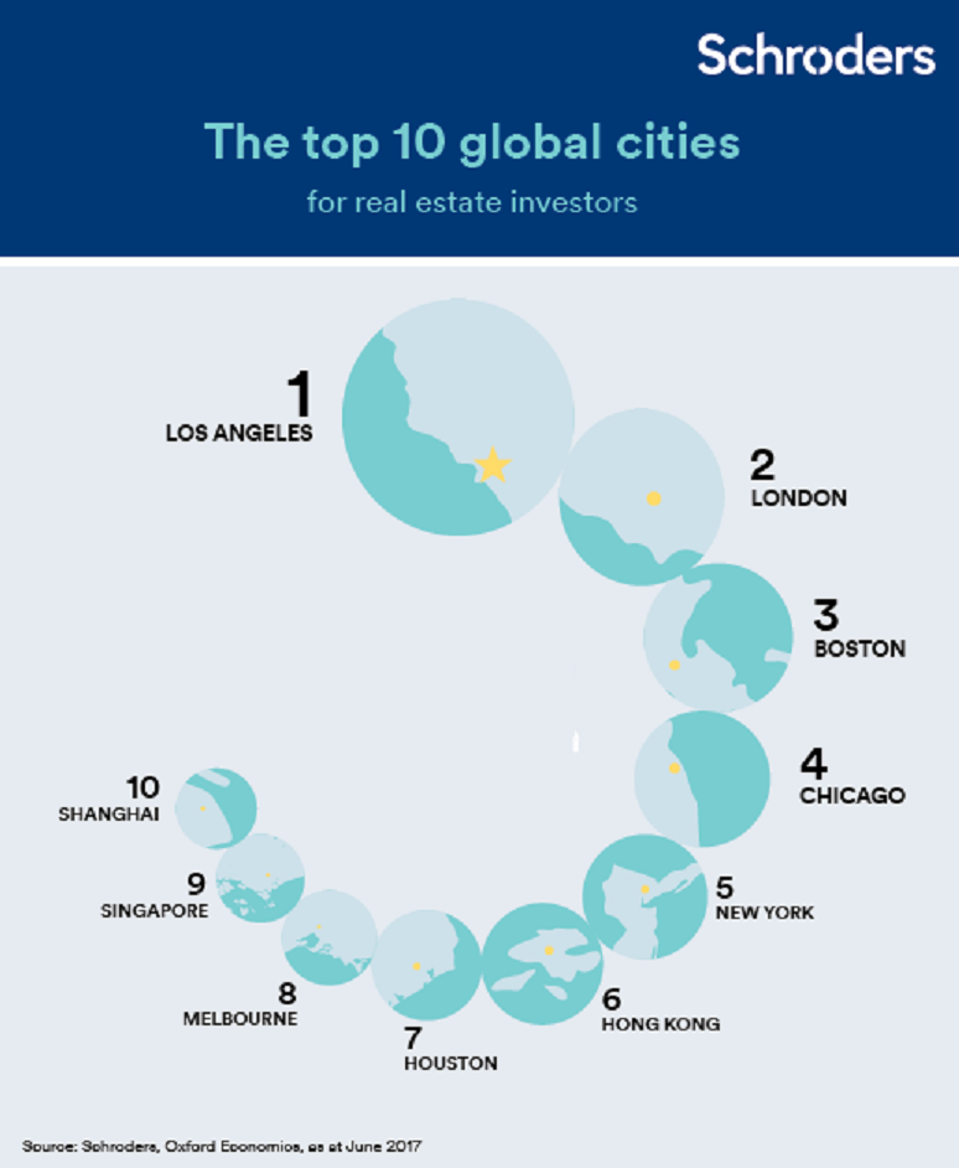 The top 10 cities as ranked in the Schroders Global Cities 30 Index.

Los Angeles went from sixth place to first. Boston saw one of the biggest leaps in the index going from 24th place to third place thanks to colleges and career opportunities in the Hub, as the locals call it. Surprisingly, Chicago jumped from 10th place to fourth despite constant headlines about violent crime in its inner city. New York remains in fifth position. San Francisco, and by default Silicon Valley, are ranked 12th. It slips behind Beijing.

The index is mostly used by wealthy, global real estate investors and by institutional firms looking for the best long term value for fixed asset investments.

Hong Kong is followed by Singapore and Shanghai as the best cities to invest outside of the Anglo-American metropoles.

Other countries and their position in the index include:

Only Sao Paulo and Mexico City made the cut south of the border, with Mexico City edging out Brazil’s biggest city by two points.