Will this presidential election impact the real estate market more than past races? 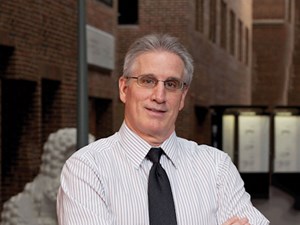 For additional perspective from 3 California realtors, check out this article from the San Francisco Gate.

The U.S. is on the eve of what’s likely to be its most discussed presidential election to date. In the meantime, the economy is in the midst of its slowest recovery in the past 50 years—judging by the minimal increase in real GDP and other modest growth metrics—leaving many economists guessing what the long-term outlook for the U.S. economy might be. Both hot topics are also of high interest to the real estate industry, as political and economic factors can impact the sector in different ways. In an attempt to make sense of it all, NAI Global Chief Economist Peter Linneman discussed in a recent economic briefing how the political turmoil characterizing 2016 and several economic factors are influencing U.S. real estate.

“The economy is doing OK,” Linneman said, after underlining that real GDP has increased by less than 15 percent from the start of the recovery in 2010, making this recovery the weakest in recent history. He added that a major factor of this less-than-stellar recovery is the single-family housing sector’s underproduction. While the sector has seen weakness before, in past cycles the housing market has bounced back to again become a driver of economic growth—but not this time.

“It’s not that people don’t want to own homes. The simple truth is that at a zero interest rate, it’s impossible to build the down payment necessary to buy a home. Savers were robbed by the Fed,” Linneman said.

He also predicts that cheap debt will no longer be available at some point, though that probably won’t happen in the following year, as an intervention from the U.S. central bank to raise rates is less likely.

The commercial side is faring a bit better, especially in the industrial sector, which saw a noticeable improvement in the first two quarters of 2016. Construction has reached a new high, rent values are above average and demand is good. Linneman mentioned the Panama Canal as one of the key investments that influenced the spike. “This sector is getting close to new peaks in terms of value, with construction being at high levels,” Linneman said.

Adding to the uncertainty is the upcoming presidential election. Although this year’s vote won’t drag the economy into negative growth, the positive growth will diminish and “probably knock a quarter to a half of a percent off of GDP growth, which trickles down to real estate, but to a second order,” Linneman said. There won’t be many short-term effects on commercial real estate, except maybe in the office sector, where some firms might want to delay signing new leases until the results of the vote are presented. The retail and multifamily sectors will probably be less affected, as people will continue to have jobs and an income, thereby maintaining their levels of demand in those areas.

The demand is also supported by lower unemployment rates. Weekly unemployment insurance claims are below 300,000, close to an all-time low, which suggests good economic strength. Also, for people over 65, the employment rate has reached its highest level since World War II.

The real issue is linked to the long-term effects of the 2016 presidential vote. Donald Trump’s involvement in the real estate business will trigger an overexposure of tax regulations’ impact on real estate in the next three months, according to Linneman. Though there are uncertainties about what the tax situation will look like post-election, any real effects will be visible only starting in 2018, as 2017 will be a “window year,” with many adjustments taking place and new policies being implemented. Small businesses will be hit hardest, as many of them lack the financial resources to hire tax specialists that can help them adapt to any new regulations.

No matter who wins, this presidential election will likely bring a change in the approach to the U.S. real estate market. “I believe both candidates (Hillary Clinton and Donald Trump) are believers in the markets, far more than Obama was. Obama has a fundamental distrust of markets. So I think either of the two candidates will be good for the economy. They are pro-market,” Linneman explained.

However, he said, the vote will not impact real estate as much as some other circumstances, such as Brexit. He listed Canada, Australia and the U.S. as examples of strong economies outside of the European Union and said he considered the surprising result of the referendum a wake-up call for the union.

Despite its slow growth, the U.S. economy is steadily recovering. Thus, it is less likely to be heavily impacted by the political changes. “The U.S. economy is a supercarrier economy. We are growing, building, but not overbuilding,” Linneman concluded.