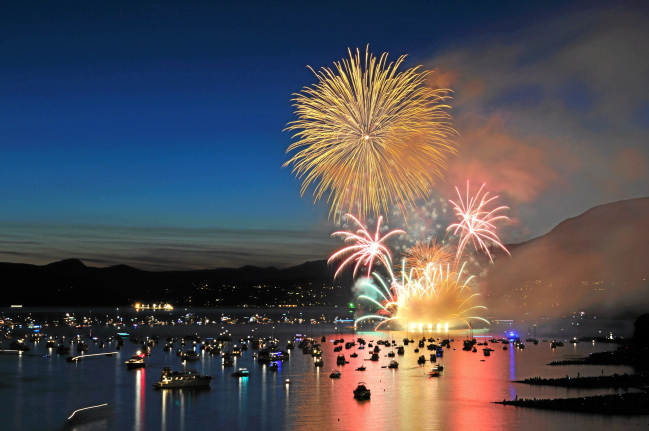 The 4th of July is the quintessential American holiday: we celebrate the US, and as one blogger put it,

And everyone knows that what we’re celebrating on the 4th is independence from the British.

This holiday, WalletHub projects spending to be around $346.50 per household. On beer alone, we’re projected to spend more than $1 billion! (That’s to wash down the 150 million hot dogs, 700 million pounds of chicken and 190 million pounds of beef we eat on this occasion.)

But did you know the actual date the Declaration of Independence was actually signed is a matter of dispute among historians?

In fact, Congress voted to approve a resolution of independence on July 2, 1776, only after which they turned their attention to the Declaration of Independence, purportedly finally approving it on July 4.

And John Adams himself, in a letter to his wife Abigail (centuries before such news might be relayed by text message), wrote that July 2 “will be the most memorable epoch in the history of America…celebrated by succeeding generations as the great anniversary festival.”

Yet historians have disputed whether Congress actually signed the Declaration of Independence on July 4 (even though Thomas Jefferson, John Adams, and Benjamin Franklin all later wrote that they had signed it on that day). Most historians have concluded that the Declaration was signed nearly a month after its adoption, on August 2, 1776, and not on July 4 as is commonly believed. (Source: Wikipedia)

Regardless of what may seem like minutiae given that it is nearly 240 years later, one thing remains true: Americans love to celebrate the 4th. (And given that the 250th anniversary is not far…can you imagine the party *that* will be?)

From everyone here at Connie’s office, we wish you a happy 4th of July!

P.S. And for you data-hounds, we present to you a fantastic graphic from WalletHub: a ranking of the BEST cities to celebrate the 4th, based on a balance of holiday cost and fun.