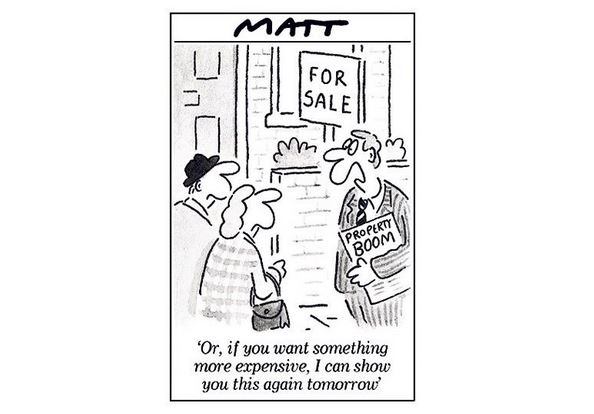 The median price of a home sold in May of this year was $228,700, according to the National Association of Realtors (NAR). That was just off the highest monthly median home price ever of $230,400 in July 2006, at the peak of the last housing boom.

It was also high enough for NAR’s chief economist, Lawrence Yun, to pronounce that 2015’s annual price could exceed the 2006 peak.

Then he made another bold claim: “This is clearly not a bubble.”

Yun pointed to the following:

1. Overall demand for housing is 25 percent lower than it was during the housing boom.

2. New home construction is about half of what it was during the housing boom.

3. Mortgage debt outstanding is 10 percent lower than during the housing boom.

Yun defines a “bubble” as home sales and prices rising at an unsustainable pace, not supported by economic fundamentals, such as steady job growth, and/or sales and prices driven by lax underwriting. Mortgage credit availability is now far tighter than it was during the housing boom, when anyone with a pulse could get essentially free money. Fundamentals, however, are another story.

“We are definitely not in a bubble in the sense of what we experienced in the mid-2000s,” said Peter Boockvar, managing director and chief marketing analyst at The Lindsey Group. “But I think it’s easy to argue that home price gains are running at an unsustainable pace. Interest rates are certainly in a bubble in that people could borrow over the past few years at rates never before seen. The industry itself, as measured by new homes, is still in a recession with sales so far below average levels.”

The year 2006 saw both sales and price bubbles. That is not the case today. Sales, while gaining, are still comparatively weak. This is all about prices. Today’s prices are being driven by very tight supply, increasing demand and still-low mortgage rates—not by a soaring economy. Does that still mean it’s not a bubble? Perhaps one microcosm offers some insight.

Home prices in California’s Bay Area are near peak levels. The median price has increased on an annual basis for 38 straight months, amid tight supply, and the May median of $650,000 was the second highest since its peak in the summer of 2007. Sales are now suffering, down 1 percent from April and up just 3 percent from a year ago. Compare that to the 9 percent annual jump in sales nationally.

“Bay Area home sales remain below the long-term average,” wrote Andrew LePage, a research analyst at CoreLogic in a monthly report. “Job growth, low mortgage interest rates and other forces have created a healthy housing demand. But that’s being checked by credit, affordability and inventory constraints.”

Sales are weakening in the Bay Area, which Yun actually pointed out during his no-bubble explanation. Sales nationally are still gaining, but at some point prices will take their toll. Then there is the matter of rising interest rates. The Realtors group apparently “stress-tested” the rate issue, consulting some of its members, and came up with the conclusion that only when the average on the 30-year fixed mortgage hits 6 percent, will sales be affected.

The average rate is now right at 4 percent. No one is expecting to see 6 percent this year, but it is not out of the question next year. Homebuyers, for now, are getting no help from builders or potential sellers—neither of which are adding enough supply to the market. Bubble? Clearly inflation.