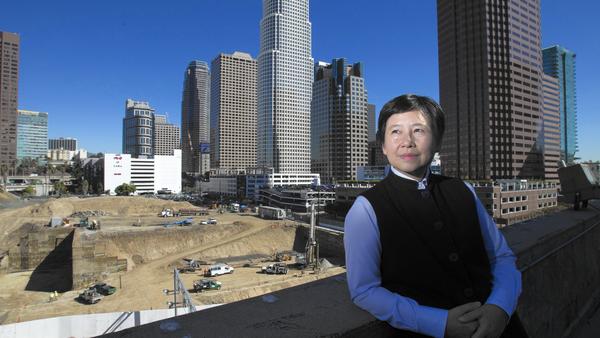 or decades, the sprawling six-acre Metropolis parcel in downtown Los Angeles sat barren as successive real estate busts derailed the promise of a $1-billion “city within a city.”

Now, in an eye-rubbing spectacle, three towering cranes are working on the first phase of a hotel and a condominium tower, while construction has begun on two more condo towers for the second phase.

With the economy accelerating, the pledge made in the 1980s is finally being fulfilled by a feisty developer from China who is leading the transformation of downtown’s skyline.

As chief executive of Chinese development firm Greenland USA, I Fei Chang is overseeing $6 billion worth of real estate development in the U.S., making her one of the biggest developers in the country.

“I don’t know of another woman in the country who is managing $6 billion in assets,” said Carol Schatz, president of the Central City Assn. of Los Angeles, a business advocacy group. “I Fei Chang is an extraordinary woman doing what traditionally has been a man’s job in a male-dominated culture.”

Chang, a Taiwan native and a Yale grad, takes pride in her ability to move quickly. “She understands America just enough, but has the Chinese bravado,” architect Rob Jernigan said. “She is a dynamo.”

Last year, at the groundbreaking ceremony for her company’s $1-billion Metropolis hotel, condominium and shopping complex, she boldly declared that the four enormous buildings would go up “fast.” It was a promise that some developers dismissed as the naive statement of a newcomer unfamiliar with America’s dreaded permitting process.

All four buildings along the 110 Freeway north of L.A. Live are expected to be completed in 2018.

One of her first tasks for Metropolis was to whip designs out of Jernigan’s architecture firm, Gensler, one of the biggest in the world.

Read the rest at LA Times. 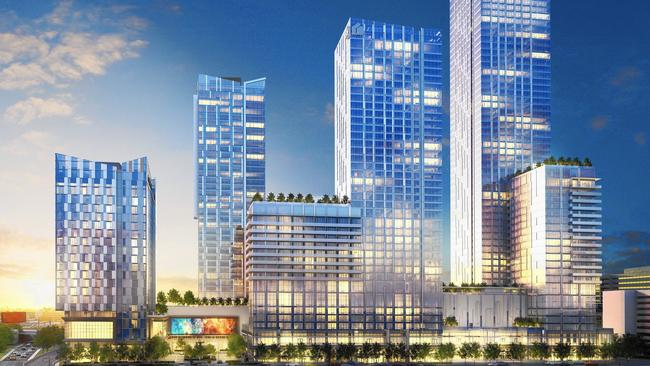 I Fei Chang is managing the $1-billion Metropolis hotel, condominium and shopping complex, above, in rendering. (Greenland USA)