Home Sales Drop as Lack of Supply Drives Up Prices 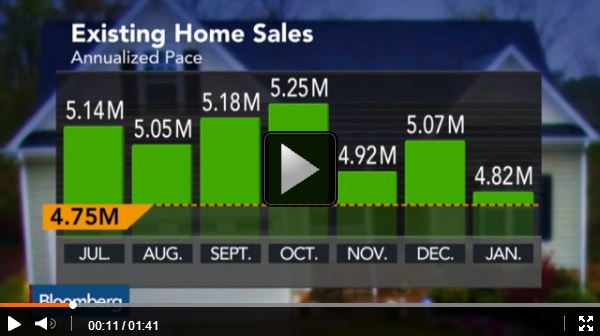 Purchases of existing houses dropped 4.9 percent from December to a 4.82 million annualized rate, the least since April, figures from the National Association of Realtors showed Monday in Washington. The median cost of a previously owned home climbed 6.2 percent compared with January 2014 as the number of dwellings on the market dropped.