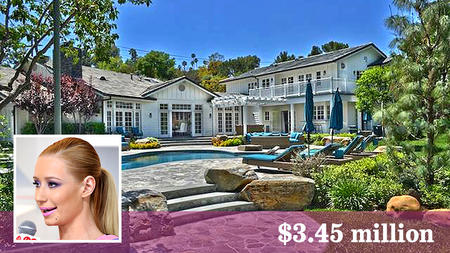 From the LA Times

Azalea, 24, released her first studio album, “The New Classic,” this year. Among her hit songs are “Fancy” and “Problem.”

Young, 29, joined the Lakers last year as a shooting guard and small forward. He started his pro career in 2007 and has played for the Washington Wizards, the L.A. Clippers and the Philadelphia 76ers.

The house previously changed hands in 2011 for $2.175 million. Gomez had expanded the house by about 2,000 square feet and extensively remodeled it. She moved to Calabasas.