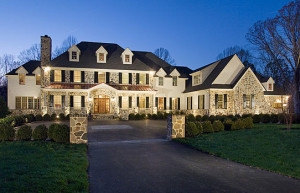 Here in Santa Monica, North of Montana, where we may soon see 60 foot lots selling for 3 million, it is hard to believe that national numbers are so different. And it seems that this upward trend will continue here in Santa Monica and also across the nation to raring degrees. And today, rates went down!

WASHINGTON (January 23, 2014) Existing-home sales edged up in December, sales for all of 2013 were the highest since 2006, and median prices maintained strong growth, according to the National Association of Realtors®.

For all of 2013, there were 5.09 million sales, which is 9.1 percent higher than 2012. It was the strongest performance since 2006 when sales reached an unsustainably high 6.48 million at the close of the housing boom.

Ten percent of December sales were foreclosures, and 4 percent were short sales. Foreclosures sold for an average discount of 18 percent below market value in December, while short sales were discounted 13 percent.

Total housing inventory at the end of December fell 9.3 percent to 1.86 million existing homes available for sale, which represents a 4.6-month supply at the current sales pace, down from 5.1 months in November. Unsold inventory is 1.6 percent above a year ago, when there was a 4.5-month supply.

NAR President Steve Brown, co-owner of Irongate, Inc., RealtorsÂ® in Dayton, Ohio, said that with jobs expected to improve this year, sales should hold even despite rising home prices and higher mortgage interest rates. The only factors holding us back from a stronger recovery are the ongoing issues of restrictive mortgage credit and constrained inventory, he said. With strict new mortgage rules in place, we will be monitoring the lending environment to ensure that financially qualified buyers can access the credit they need to purchase a home.

First-time buyers accounted for 27 percent of purchases in December, down from 28 percent in November and 30 percent in December 2012.

Existing-home sales in the West rose 4.8 percent to a pace of 1.09 million in December, but are 10.7 percent below a year ago. Inventory is tightest in the West, which is holding down sales in many markets, and multiple bidding is causing it to experience the strongest price gains in the U.S. The median price in the West was $285,000, up 16.0 percent from December 2012