Could stock market volatility cause house prices to fall? 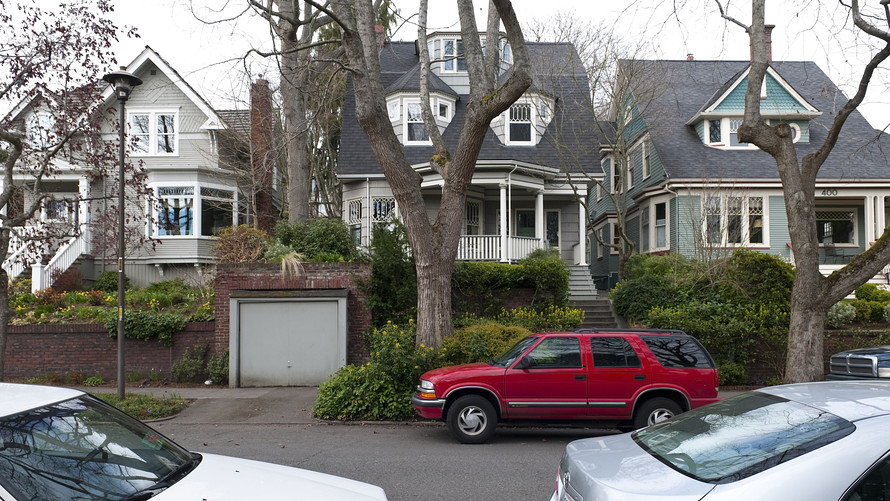 Amid the stock market’s volatility over the last week, some have begun to look for the bubble that might burst into the next recession. But housing experts say that real estate is unlikely to be the culprit this time around.

In the past week alone, the Dow Jones Industrial Average DJIA, -4.15%  fell by nearly 2,000 points, rose nearly 600 points and then dropped again by more than 1,000 points. Some have cited strong economic news in recent weeks as the reason for the market’s fluctuations. And a sell-off in the bond market also helped to push mortgage rates to a 14-month high.

Prior to the 2008 financial crisis, the housing market heated up thanks to lax lending policies and over-eager home builders constructing properties no one bought. Homeownership rates and home prices hit all-time highs back then, before they came crashing down as many borrowers went into foreclosure. The rest, as they say, is history.

In recent years though, real estate staged a comeback. Largely led by Western cities such as Seattle, San Francisco and Portland, home prices have made tremendous gains, particularly in the last year.

Meanwhile, more renters are finally coming off the sidelines and becoming homeowners, while home builders’ outlook is the most confident it’s been in years.

In her exit interview as Federal Reserve chair, Janet Yellen suggested that asset valuations gave her pause. But experts argue that concerns of a real estate bubble, insofar as housing is concerned, are overplayed.

Don’t miss: Consider these 4 things before financing a home improvement

Cities like Seattle that have seen a strong influx of workers thanks to high-wage jobs created by companies, including Amazon AMZN, -0.26% Those people are looking to plant roots. Meanwhile, fewer people are moving from smaller, starter homes into larger properties post-recession. Consequently, inventory is tight, and it’s easy to get into bidding wars that can drive up prices.

“This is not a bubble,” said Joseph Kirchner, senior economist for Realtor.com. “A bubble happens in the housing market when builders are irrationally building houses on spec when demand is falling or when buyers are seeing prices are going up and can’t really afford to buy but do so because they figure they can build up equity quickly.”

The housing market is unlikely to hurt the stock market much this time around. On the other hand, continued stock market volatility or a cooling equities could have an effect on home-buying activity.

Why? To some extent stock market investors and housing market analysts are focused on the same thing: Interest rates. “Because housing and other sectors are doing so well, there’s a concern the Fed will be raising interest rates,” Blomquist said.

Observers expect that the Fed will raise rates at least once in 2018. Historically, the stock market takes a hit when interest rates rise. For housing, meanwhile, low interest rates have arguably allowed home prices to rise as quickly as they have — but that could soon change.

Mortgage rates have rebounded to 10-month highs in recent weeks. If rates were to continue to rise much higher, it could put a damper on the home price appreciation occurring in some markets, since prospective buyers would be less inclined or able to buy homes at such high prices, Blomquist said.

Still, some believe that the recent stock market turmoil could slow interest rates’ ascent. “The stock market adjustment can help bring mortgage rates down a bit which could help the housing and the mortgage markets,” said Sam Heskel, CEO of Nadlan Valuation, a real-estate property valuation firm in Brooklyn, N.Y.

Slower home price appreciation isn’t a bad thing necessarily, though. Blomquist pointed to markets such as Phoenix and Atlanta, where home price increases cooled a bit in 2017. That prompted fewer all-cash buyers to purchase properties as investments or to turn them into rental properties and allowed more consumers to buy homes that they plan to live in.

Continued turmoil in the stock market could impact home buyers

Institutional investors may view the recent stock market adjustment as an opportunity to re-evaluate their investment portfolio, Blomquist said. Those who are more bearish might view real estate as a better opportunity for an increased return, since the market’s fundamentals are so strong.

And that would be bad news for buyers, as it would increase competition in the housing market.

Consequently, continued volatility in the stock market could influence a home buyer’s decision-making, Blomquist said. “Even though it will still be a good time to buy, people will get spooked about investing in anything if the volatility continues — and that includes buying a home,” he said.